Bulls versus bears, and never the twain shall meet – Sunday Business Post, 3 Dec 2017

Recent weeks saw a flurry of €1 million-plus sales which could boost commercial property deals to more than the €2 billion mark for the whole of 2017. However, rarely has there been such a wide gap between the bulls and bears in the market as to the likely value of annual deals.

At the upper end of the scale, Marie Hunt of CBRE and John McCartney of Savills said the outcome could be as high as €2.5 billon. But they qualify their forecasts. According to McCartney, it was “dependent on a few big deals getting across the line in the frantic last few weeks of the year”. So it’s not so much in the lap of the gods as in the laps of solicitors.

On the more cautious side, Hannah Dwyer of JLL said the figure could be between €2 billion and €2.5 billion. Aoife Brennan of Lisney said it may be between €1.8 billion and €2 billion, and her uppermost figure was dependent on the sale of the majority interest in The Square shopping centre in Tallaght for about €233 million.

However, Cushman & Wakefield, the agent for The Square, is not expecting that to close by the year end. Consequently, Marian Finnegan, group economist at Cushman & Wakefield, is the least bullish and expects the total deals for this year to be closer to €1.75 billion. That’s a sharp drop on the near-record €4.5 billion seen in 2016.

Despite that, a number of agents argue that the current levels of activity are closer to the norm.

Sean O’Neill of TWM said: “If you take the five largest deals out of the turnover figures for the last few years, we are close to what this year’s turnover will be. Also, over the last few years, around 65-70 transactions occurred per quarter. This has been the same this year. Therefore, rather than experiencing a big drop in demand or number of transactions, we are seeing a significant drop in larger asset sales.” 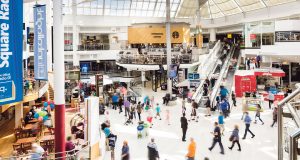 The Square in Tallaght: sale won’t be completed by the end of the year

“Purchasers are now looking beyond what is available on the market, and are actively approaching possible vendors in order to acquire product,” she said.

O’Neill pointed to another factor. “There have been a number of failed sales where the assets have been priced as institutional sales but are more suited to value add buyers. Given these experiences some sellers have targeted a handful of more likely investors for off-market deals and thus reduced the risk of a public sale failing.”

Investors have also become more selective according to Dwyer, who has seen “very strong interest, particularly for prime assets, or those with asset management or refurbishment potential. Offices and industrial remain the focus for most investors, whilst others are branching into ‘alternatives’ in search of returns.”

Marie Hunt said the current quarter has seen prime Dublin office yields fall from 4.65 per cent in August to 4 per cent which is close to its 2007 peak of 3.75 per cent.

“Nevertheless, at such yields, Dublin offices remain attractively priced compared to other European capitals, and there is arguably room for a little more yield compression yet,” she said.

In contrast to the off-market sales at the top of the market, with its lack of transparency and data on real time values, the middle and lower sectors of the market are active and more transparent, thanks to a huge surge in auction activity during the last four months of the year.

Three auctioneering firms, Real Estate Alliance, BidX1 and Sherry FitzGerald, have hosted bumper auctions practically each month since September and these will culminate with about 250 lots offered between them in an unprecedented batch of four days of bumper auctions in mid-December.

This auction spree is designed to enable banks and other vendors to meet their targets of off-loading a range of industrial, retail, development and residential properties by the year-end.

With such sales strategies favouring cash buyers or those who can raise loans quickly, there appear to be plentiful opportunities for astute investors and smaller operators who can add value to properties. 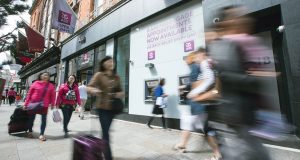 No shortage of investors

Supply of investment and development opportunities is also expected to be helped by the change in the capital gains tax waiver. This will allow owners to sell on properties that they acquired between 2012 and 2014, without incurring a tax on profits from those sales.

John McCartney believes that the change may be particularly helpful to expansion-minded, small business owners who may have availed of depressed property prices during the trough to acquire their business premises.

Now those buyers have an opportunity to release equity through sale and leaseback deals which would allow them to stay in their location and also generate funds for other business opportunities.

“There is certainly no shortage of investors in the industrial property market, particularly for assets with a strong tenant in situ,” McCartney said. 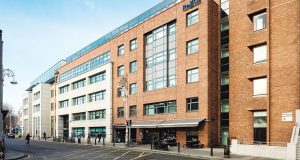 4 and 5 Harcourt Centre went for €47 million

Top five deals of the year

4. Ares/Investus bought 4 and 5 Harcourt Centre for €47 million. The two office blocks accommodate 5,250 square metres of offices and, with almost full occupancy, generate an initial yield of more than 4 per cent

5. The Capitol Building on Patrick Street, Cork, was sold by John Cleary Developments to REAL IS for €45.5 million, reflecting a net initial yield of 5.5 per cent Source: Cushman & Wakefield 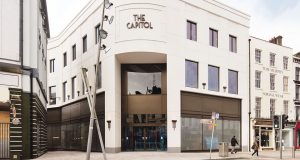 The Capitol building in Cork was sold for €45.5 million