The city has an enviable reputation as a hub for medical manufacturing and engineering, but more opportunities need to be created for the industrial rental investment sector to expand 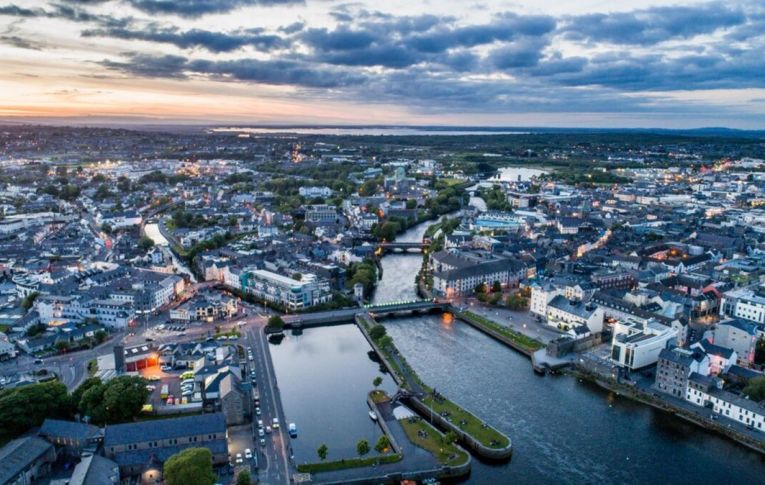 Galway is home to some of the world’s leading technology companies, including SAP Solutions and Hewlett-Packard

Galway has a high reliance on public sector employment and, despite being a small city, it is also home to some of the world’s leading technology companies including SAP Solutions and Hewlett-Packard.

This is largely due to low corporate tax rates, however, the closing of Digital in 1993, which saw ex-Digital personnel playing significant roles in other engineering-based companies, has also contributed to Galway’s reputation as the world’s fourth largest medical hub.

Another contributing factor is that the north-east region of Galway has more available land for potential development. While the areas surrounding Ballybane, Ballybrit and Parkmore have largely been developed within those industrial land use zonings, areas further east fall outside the Galway City Development plan and within individual Local Area Plans allowing more space for development of modern floorplates.

Speculative development, however, will be limited until such time as rental levels improve, particularly in light of the Covid-19 pandemic.

While across other market sectors, the effects of the coronavirus are being felt, the Galway industrial sector, by nature of the occupiers in the medical device, pharmaceutical and technology fields, has been relatively unaffected.

Occupier activity remains low, primarily due to the shortage of quality large high-bay warehouse buildings within the local market, with take-up of about 3,250 square metres for the first half of 2020, up marginally from the corresponding period in 2019.

There is about 39,000 square metres of actively marketed industrial space available across all of Co Galway, with an average unit size of 650 square metres.

Of the total availability, only two units accommodate in excess of 3,700 square metres and both are located in the east of the county.

The low activity levels are due to the restricted availability of large modern warehouses. There has been limited development on a speculative basis as the rent achievable has to cover the cost of construction and, at a level in the region of €8.50 per square foot, (about €91 per square metre) this is outside the reach of many local and national companies. There has not been the confidence to go down the ‘build it and they will come’ route to date.

Development has, for the most part in recent years, been completed on a ‘design and build’ basis having no impact on availability within the wider market once complete.

A number of recent sales of land banks adjoining existing developments, including land adjacent to the Multis and Rehab facilities within the Parkmore estate, will likely be developed out on a similar basis.

While the rental levels payable by those in the medical/pharma and technology sectors may justify the rent required for a design and build, those looking for light industrial/warehouse premises on the outskirts of the city are stymied by the considerably high rental levels required.

A number of active requirements for approximately 3,700 square metres of light industrial premises in the Galway industrial market are thwarted by the rental levels required for a new build premises, again as a result of the wide margin between construction costs and the rental levels required. This in turn pushes out local and national SMEs in favour of FDI companies.

There was a high volume of industrial investment transactions within the Galway market in 2017 accounting for some 28 per cent of the total volume, which was dominated by two investments sold within the Parkmore IDA Industrial Estate including Building 3 occupied by Creganna Medical, which TWM sold for a figure in excess of €6 million.

Those industrial investments which do come to the market generally have a significant level of interest, not only from local private investors and smaller funds, but from larger funds and institutions which are looking to regional markets for better return and strong tenant covenant strength to bolster their portfolios.

Being the European Capital of Culture in 2020 was the perfect opportunity for Galway to attract foreign direct investment and establish itself as a stronghold alternative to obtain value outside the growth of the Dublin market. While the festivities surrounding this and the tourism experienced did not materialise because of the Covid-19 pandemic, the designation itself has put Galway on the map to assist in the further enticement of FDIs to the market.

An opportunity borne out of the pandemic is the acknowledgement by the larger tech and social media firms that remote working with video conferencing has been successful in this sector and therefore a potential opportunity as a result to create regional hubs within the Galway market to support the industrial element of the market.

TWM has noted an increase in demand across all sectors of the investment market and we anticipate creating opportunities to match investors to their required product while in turn augmenting the Galway industrial investment market as a strong sub-market within the larger regional market.

Sarah Winters is an associate director at TWM‘s Galway branch. Contact her at 091-458987 or visit twmproperty.ie