Is there still value in the prime office market? – Sunday Business Post, 5 August 2018

Demand is continuing to outstrip supply for the investment property sector

The Irish property investment market continues to perform well, with some €1.926 billion trading up to the halfway point of 2018.

Of this volume, almost half, about €862 million, was accounted for by office investment, which continues to be the driving force of the investment market and is currently well ahead of the five-year average of 36 per cent.

This strong level of demand is emanating from the usual active market participants such as State Street, Credit Suisse, SW3, Friends First, Irish Life and Iput among others.

We are, however, continuing to see new entrants to the market. Kookmin Bank recently acquired the Beckett Building for €101 million, while another South Korean investor secured 2 Dublin Landings for €105 million. European institutional money is also in the game, in the form of Triuva, the Patrizia affiliate, which acquired 1 Dublin Landings for €164 million.

As well as these three high-profile transactions, which represented the first acquisition in Ireland for each party, we saw other new entrants KGAL and Spear Street Capital, which acquired 31-36 Golden Lane and eight office blocks in Cherrywood respectively.

A notable trend, as evidenced in the above transactions, is the sale of prime office investments prior to completion with pre-let agreements in place. These sales incorporated leases to blue chip tenants WeWork, Facebook and NTMA.

Elsewhere we have seen high-profile pre-lets to Google (Velasco Building, Grand Canal Street) and Grant Thornton (13-18 City Quay), with Irish Life emerging as the purchaser in both cases.

We are also seeing a trend whereby lot sizes of €50 million to €100 million plus are being pursued primarily by Asian/sovereign wealth funds and European institutional investors, while a mix of Irish and European institutional investors have a strong appetite for lot sizes in the €25 million to €50 million range. Private investors, for the most part, are being priced out of the prime office market.

With significant yield compression and capital appreciation over the course of the last five/six years, it is worth asking the question: can investors find value in the office investment market?

Depending on the investors’ requirement, this could be so.

Alternatively, it could be argued that, while prime office yields are now in the region of 4 per cent, the underlying occupational market is strong.

This can be seen through the provision of straight 25-year lease terms or with break options in years 12 to 15; tenants with triple “A” covenants; rents in the region of €60-€65 per square foot, reducing landlord incentives; and, in some instances, CPI-linked rent reviews providing investors with protection on potential substantial rental fluctuations at subsequent reviews. 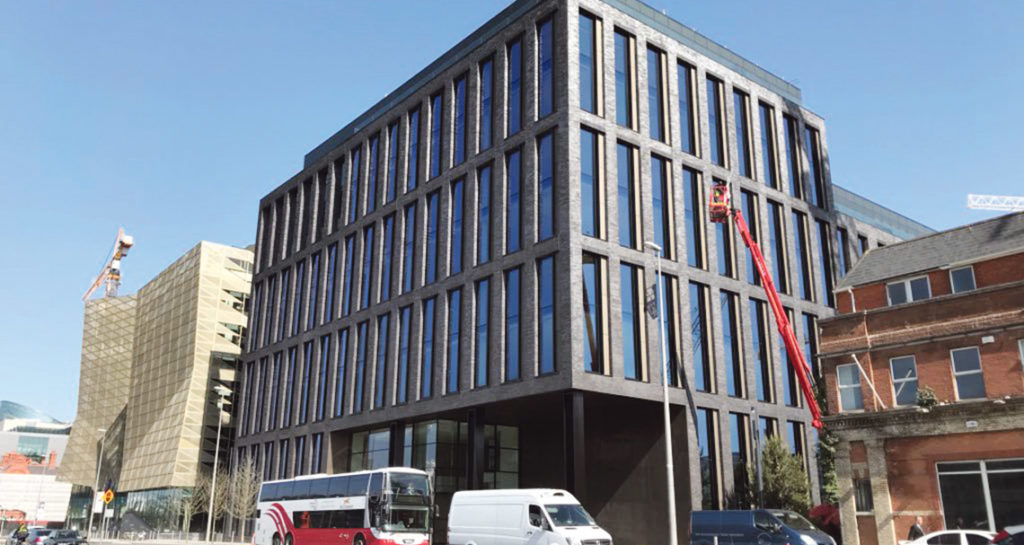 At the same time, Ireland’s stable economy and highly skilled English-speaking workforce provides investors with comfort on a macro level.

While the current level of take-up portrays a strong office investment market, the shortage of supply of prime assets is likely to remain a concern for the remainder of 2018 and into 2019.

To further compound the situation, it is difficult to see where additional supply will come from in the short term with prime product either under institutional ownership on a hold basis or at the beginning of the construction phase and not available for sale.

Considering where we are in the current property cycle, and factoring in current demand, the question could be asked as to whether now is the right time to sell, particularly for opportunistic owners as opposed to institutional investors which will have the challenge of redeployment of capital on deal execution.

With this in mind we can see how the substantial increases in capital values may be appealing to current owners.

Take for example the largest office transaction in 2012, 78 SJR Quay, which Kennedy Wilson acquired for €108 million (equating to a capital value of €618 per square foot).

In comparison, the largest office transaction in the first half of 2018, Dublin Landings which sold for €164 million to Triuva, equated to a capital value of €1,145 per square foot.

As well as the increased capital values, another incentive for investors to sell involves an amendment to the Finance Act 2012 which provided purchasers with an exemption from capital gains tax for property purchased under an unconditional contract between December 7, 2011 and December 31, 2014 and held for seven years.

This means that rather than holding the property for a minimum of seven years, taxpayers can sell the property between years four and seven of the transaction date and qualify for full exemption from CGT.

With this amendment to the CGT and the current favourable timing in the market cycle, it will be interesting to see if some landlords will decide to cash out and avail of the strong demand or whether the pipeline for prime office investments will remain at a minimum.

Ollie Lyons is an associate director at commercial property adviser TWM, which has offices in Dublin and Galway.