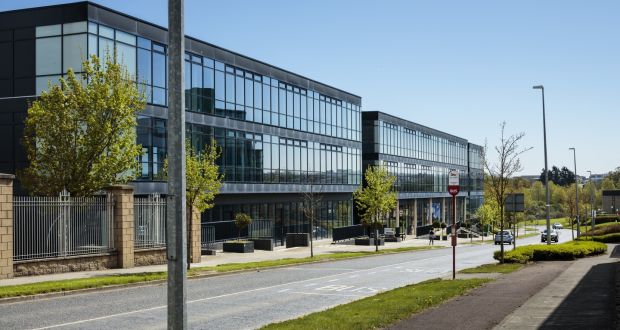 Paramount Place is located within the Balbriggan Business Campus in north Dublin.

The Brenta Group has secured the OPW as tenants for an additional 24,300sq ft of office space in Paramount Place at the Balbriggan Business Campus in north Dublin. The letting, which was handled on Brenta’s behalf by agent TWM, brings the total floor area occupied by the State at the campus to just over 31,000sq ft. The new lease is a 20-year full repairing and insuring (FRI) lease with a break option at year 10. The rent equates to €15 per sq ft GIA (gross internal area) or €18.50 NIA (net internal area) and €250 per car space.

Following the completion of this latest agreement, Patricia Ward of TWM is now offering Block A at Paramount Place to the letting market. The property, which extends to 20,000sq ft, is currently in shell-and-core condition and ready for landlord CAT A fit-out. The Brenta Group is also offering a turn key CAT B option to prospective occupiers should that be required.

Block A has three flexible floor plates and a large terrace balcony, and can be branded and named as it is a standalone property. The landlord’s specification will include air conditioning, a raised-floor system, LED lights, and fully-fitted lobbies and bathrooms.

The Brenta Group also has a number of own-door offices available for immediate occupation at Paramount Place. These range in size from 500sq ft to 5,500sq ft and are fully fitted.

Paramount Place is well-located within the Balbriggan Business Campus, and is just 22 minutes drive from Dublin Airport on the M1 motorway. The scheme also offers occupiers quick access to Dublin city centre by rail thanks to its proximity to Balbriggan train station. The Dublin to Belfast train service is widely used with an estimated 2,200 passengers availing of the route each day.

Unsurprisingly, that surge has seen the development of thousands of new homes over the last two decades. In more recent times, hundreds of these have come on stream at schemes such as Taylor Hill and Castleland Park.