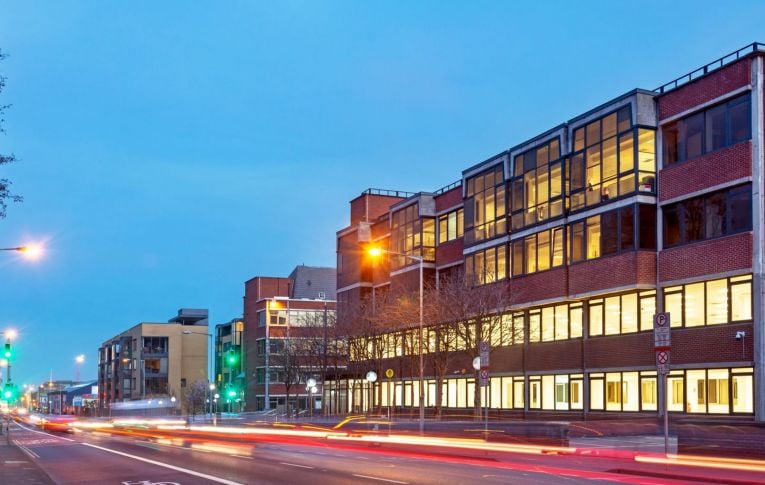 Agent TWM sold Phoenix House, near the entrance to Phoenix Park in Dublin 8, during the Covid-19 lockdown for €16 million

Despite the restrictions resulting from the Covid-19 lockdown, a number of property deals have got over the line or been substantially progressed by the estate agents at TWM. This activity is evidence that investors are not alone shopping around but also tying deals down, and it should underpin some optimism for commercial property and particularly office and retail investments.

Examples of deals that have happened or are happening include the biggest of them, which was the sale for joint venture Henley Bartra of Phoenix House, near the entrance to Phoenix Park in Dublin 8, for €16 million to a private Irish investor. With passing income of €1.012 million, this office block provided a net initial yield of 5.75 per cent.

Henley Bartra is understood to have invested in a comprehensive refurbishment and upgrade of the building, before letting all three vacant floors to the OPW under a new ten-year lease at a rent of €647,075 per annum.

The second and third floors were let under a 25-year lease from February 1999 at a rent of €365,000 per annum. The leases have an average unexpired term of 7.7 years. Phoenix House extends to a total area of 3,459 square metres and came with 61 car spaces.

Henley, the global private equity real estate investor, and Irish developer Richard Barrett’s Bartra Capital had bought the property from Ryanair as recently as 2018 for €8.5 million.

An even bigger deal saw TWM act on behalf of the Legionaries of Christ in the sale of a 6.3-acre site beside Central Park in Sandyford, Dublin 18, for more than €20 million to Vanguard Global Realty Limited whose chief executive is Tom Hamilton.

Also in the south suburbs, a private purchaser bought the Slievemore Clinic property on the northern approach to Stillorgan village. It is understand the final deal was done below the €3.86 million guide price. With one vacant unit, its annual passing rent was €278,548.

TWM director Michele Jackson said that despite the lockdown, TWM’s investment team got deals done for clients and she was proud of the resilience and focus the entire team had shown.

“The market will be challenging, but it is important that there is an awareness that deals are getting done along with those going slowly or on hold,” she said.

In an off market deal on behalf of private investors, TWM sold a number of partly occupied, mixed-use period buildings on Dorset Street in Dublin 1, for about €3 million, but declined to elaborate on the details of the properties.

As the Covid-19 crisis identified the robustness of the supermarket sector, TWM reported significant investor demand for this type of property. Consequently the agency undertook an informal best bids process for Tesco Roscrea among a number of bidders and is understood to be close to agreeing a deal.

The property’s owners, an overseas syndicate, had been aiming for an €8.8 million price which would equate to a net initial return of 9.82 per cent. Tesco’s lease has a further 26 years remaining and the rent is adjusted in line with the consumer price index.

The agency is also in negotiations for the sale of two key sections of Sandyford Business Centre in Dublin 18, which is an office investment with asset management potential and €15.1 million guide price. That would equate to an initial yield of 7.18 per cent.

Taken together, the office units and car spaces generate combined annual rental income of €1,192,578. The leases have weighted average unexpired lease terms of 5.8 years, with breaks at 4.6 years.

During the Covid-19 crisis, TWM teamed up with Savills to launch nearby 13 and 14 Holly Avenue in Stillorgan Industrial Park, Dublin 18, on the market with a €2.5 million guide price.

This vacant, Grade A commercial building is fitted out to a high specification for a pharmaceutical or healthcare operation. The detached, two-storey premises extends to 2,817 square metres and incorporates fully-fitted “cleanrooms” and safety labs.

TWM has also seen recent renewed interest for the Maple Centre comprising seven retail units on the Navan Road in Dublin 7, for which it is guiding €7.1 million. Maple had been launched on the market before Covid and three of its outlets, Maple Pharmacy, Iceland food store and EuroGiant remained open during the lockdown. These account for 50 per cent of the centre’s €550,023 annual rent. It also has an ATM.

Having stores open has set Maple apart from other retail assets. In recent weeks the centre has seen O’Brien’s Off Licence and the Millennium takeaway also open, and a McDonald’s outlet will open soon. Its only vacant unit extends to about 186 square metres, and has planning for a restaurant with takeaway food.